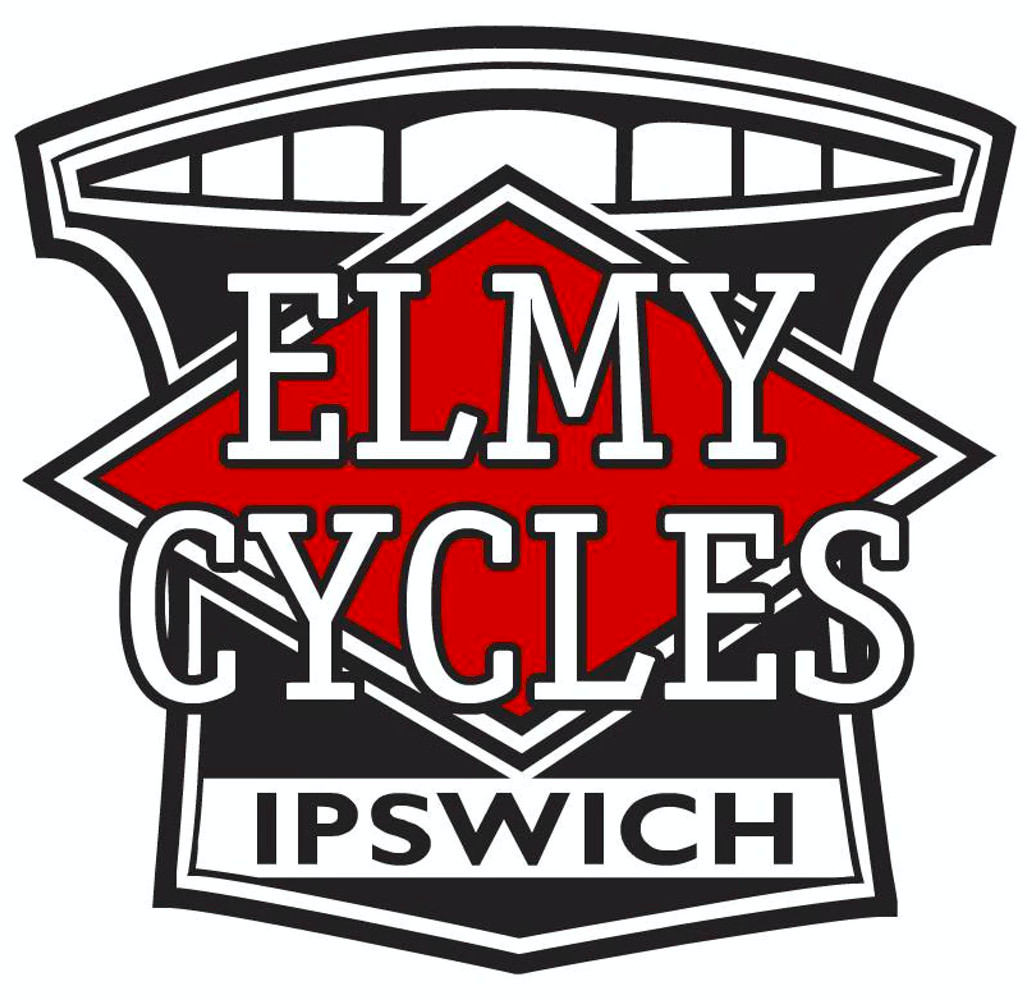 Founded on January 30th 1922 ELMY CYCLES began its trading in a small converted front room of no. 188 Back Hamlet in Ipswich.

Started by Arthur Turner Elmy the shop was first known as A.T. ELMY and sold Motorcycles, Cycles, Prams and the various electrical goods of the time. One of the more unusual features of the shop must have been the Petrol Pump sited in the front garden to serve the passing motorist and Motorcycle. Although the business had opened on January 30th it was to be the 2nd of February before the first item was sold, a pump connection for the grand sum of nine pence. Incredibly the Nine pence still remains today sealed in an envelope untouched since that first day. 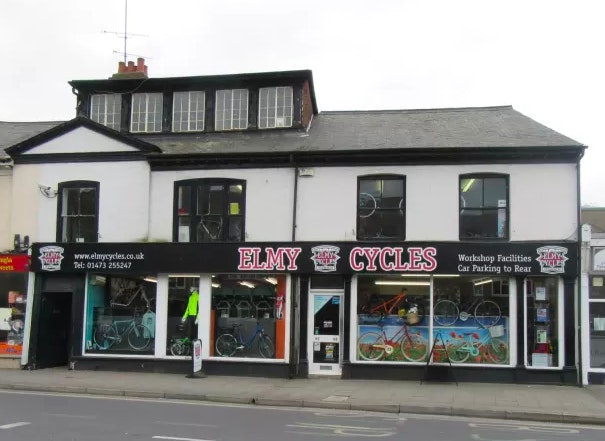 Arthur was joined in business shortly after by his brother Harry Turner Elmy. Business was good and it was to be in 1927 when Harry was left to run the business in Back Hamlet. Arthur along with his wife bought the two 16th century cottages of 62-64 St. Helens St. to convert to the Business as it is today. The business thrived selling all manners of Cycles, Spares and Accessories alongside Prams, Fancy Goods, Bulbs, Radios, School desks and even the odd Motor Cycle.

After the passing of Arthur Elmy it was Harry who was then to continue the business with the help of his son Russell, the shop was then to become known as A&H ELMY. One of the regular sights for anyone taking a walk down the cobbles of St. Helens St. was the fine array of tyres all hanging with their advertising boards, almost entirely covering the front of the shop.

Into the war years and A&H Elmy continued to thrive, as people relied even more on their cycles for transport. One of the more interesting moments came as a German Bomb that had fallen in the nearby Cemetery Road blew the entire front of the shop out. Harry was well into his 80’s when he finally called it a day and left his son Russell to look after things. A man with a shrewd mind for business, Russell had combined a tradition of service with his own personal touch that endeared him to many a customer.

As Russell entered his 60’s it was to his new apprentice Steven Grimwood that the opportunity fell to continue in the traditions of the business. The shop continues to go from strength to strength and enters the century with exciting new developments and fresh modern ideas to embrace.

After 85 years of service the shop continues to thrive but remains loyal to its beliefs of Quality and Service and the personal touch that has continued to stand the test of time over the years.

After being in the family shop for over 80 years, including the time we spent in the Performance Centre we moved up the road, expanding and consolidating both shops under one roof. We have now embraced the new Millennium, and have a new up to date, brighter and better shop!

Please, charge your batteries and raise your pumps to the next 80 years.